Holloway Family Foundation Board of Directors and Staff 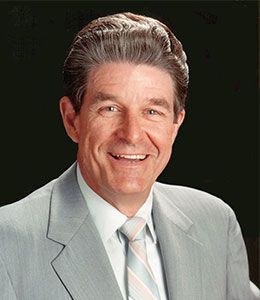 Graham grew up in Lenoir, NC, and attended UNC Chapel Hill before proudly serving in the Air Force during the Korean War. He was discharged to manage “Unto These Hills”, an outdoor drama depicting the history of the Cherokee Indians. It was there that he met the love of his life, Carolyn Green. They married in Atlanta, GA, on November 26, 1955, and began their lifelong journey together that produced three children – Graham (deceased 1987), Valerie and Scott – and encompassed the globe.

Graham started as a wholesaler for American Funds Distributors in 1964, dispensing his wisdom out of the trunk of his trademark white Cadillac. Often called the “Billy Graham of the mutual fund business,” he was a dynamic and motivating speaker, as well as a well-respected leader in the investment industry. Known for his ethical business values, Graham had a compelling story to tell and he loved to tell it. In his unique and optimistic way, he talked about the spirit of hard work and enterprise, and how it would allow the average working person to take part in the financial rewards created by their labor. He believed in and lived the American dream. 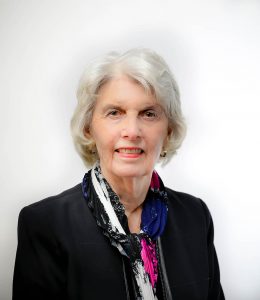 Carolyn was the older of two daughters born to George and Dorothy Green in Chattanooga, TN. After graduating from high school, she went to work for an outdoor theater in Cherokee, NC. It was there that she met and enchanted Graham, who was running the concessions. They married later that year and began their journey together that circled the world.

Traveling extensively during Graham’s 32 years with The Capital Group, Carolyn embraced each trip with youthful enthusiasm and profound curiosity. She fulfilled her lifelong dream of attending college when she graduated from Lyon College in 2000 with a degree in art history. To this day, she is the “go-to” person in the family for information on nearly any topic. Carolyn is an active Rotarian and patron of the arts in her community, and delights in being a “Muvie” to her four grandchildren and four great-grandchildren. 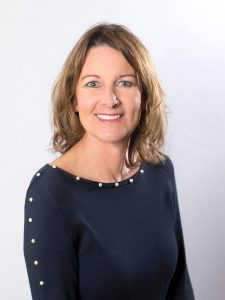 Graham and Carolyn’s middle child, Valerie, has joyfully served as the Foundation’s sole administrator for over 20 years. She has a B.S. Degree in Education from Baylor University and an M.S. Degree in Counseling from Texas Christian University. Valerie is married to Mark Skinner, a commercial real estate broker, and has four adult children: Chase, Cresson, Josh and Jake. She and Mark also have four beautiful grandchildren – Charlie, Dorothy, Rose, and Edward “Eddie” Graham – who are the delight of their lives. At different times in her life, Valerie has taught elementary school, run a retail tennis shop and worked in sales and marketing. When not administering the work of the Foundation, her priorities are spending time with her family, playing tennis, traveling, taking Purebarre classes and volunteering at her church and in her community. 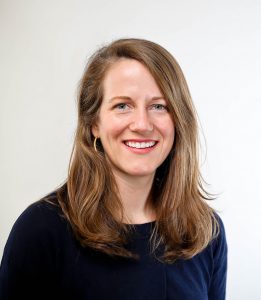 Susan is a Manager in the Higher Education Strategy & Operations practice at Huron Consulting Group, based in New York City. Her work at Huron is primarily focused on organizational assessments, designing internal structures and administrative models to better serve the needs of students, faculty, and staff. Prior to working for Huron, Susan was Associate Director of the Office of the Chief Information Officer, at Yale University. Susan is an active supporter of the arts and an advocate of diversity in the workplace. At Huron, she leads numerous efforts to support, promote and recruit women to higher education consulting. Susan currently serves as a research and project consultant for the Dance Data Project, which is dedicated to informing diversity related to gender, race, leadership, and repertoire in the field of dance. While at Yale, Susan served as co-chair of Yale’s LGBTQ Affinity Group from 2013-2015 and co-founded Women in IT (WIT) at Yale in 2013. She holds an M.A. Degree in Higher Education and Student Affairs from Ohio State University, and a B.A. Degree in Communication Studies from Furman University. 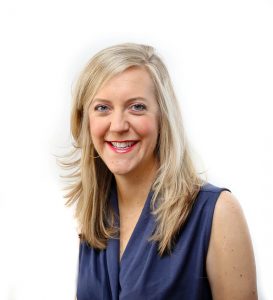 The great-niece of Graham and Carolyn, Ellen represents the next generation of the Holloway family as Board Treasurer. She works at Living Cities, a collaborative of 22 of the largest foundations and financial institutions that collectively work to improve the economic lives of low-income people and the communities where they live. Prior to joining Living Cities, Ellen worked for the Commonwealth of Massachusetts, overseeing the state’s homelessness prevention and rapid-rehousing programs. Before working in the public sector, she was a vice president at SunTrust Bank, where she made debt and equity investments in affordable housing and community development projects. She holds a Master’s Degree in City Planning from the Massachusetts Institute of Technology, and a B.S. in Business and Enterprise Management from Wake Forest University. Her favorite pastimes include running and traveling, especially with her sister, Annie, on their annual trips together. 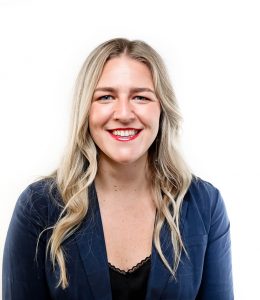 Cresson is the sole granddaughter of Graham and Carolyn and is proud to represent the next generation of the family on the Foundation’s Board of Trustees. A marriage and family therapist in Nashville, Cresson has worked in both the community mental health and private practice settings, and is currently the Associate Clinical Director at Sage Hill Counseling. Cresson holds a B.S. in Human and Organizational Development from Vanderbilt University and a M.S. in Marital and Family Therapy from Fuller Theological Seminary’s Graduate School of Psychology. When she isn’t enjoying a good cup of coffee in the therapy room, you will likely find her lost in the mountains, opening up a bottle of red wine around a table of friends or planning the next country to cross off of her bucket list.

Scott is the only remaining son of Graham and Carolyn Holloway. Valerie’s younger and most cherished brother lives in San Francisco, where he is peacefully retired with his adorable West Highland Terrier, Abigail. He has an Associate’s Degree in Psychotherapy from Eastfield College. He also studied at the Actors Studio in New York in the late 1990s. Scott has many hobbies, from sculpting, painting, creating stained glass and singing around the house to electrical work and carpentry. He is also an avid gardener, and is renowned for his annual Christmas light spectacular, which always causes neighbors to remark, “Have you seen what he’s done this year??” 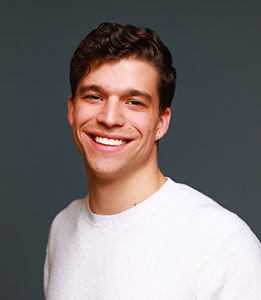 Jake is another member of the board who represents the next generation of the Holloway Family Foundation. He works for Uber Technologies as a senior manager on the Marketplace Dynamics team. Based out of Chicago, his projects focus on network optimization and value-based pricing strategies for the Eats Division. Prior to joining Uber, Jake worked at Accenture Consulting, where he had the opportunity to tackle a number of projects related to organizational design, change transformation, logistics and supply chain analytics. He has a B.S. in Human and Organizational Development from Vanderbilt University. When he is not working or studying, Jake enjoys visiting the many museums and cultural institutions around Chicago. While his professional passion lies at the intersection of technology and public policy, Jake is an avid supporter of the arts and spends his free time working with the Chicago DSA to impact political and social institutions at a local and national level. 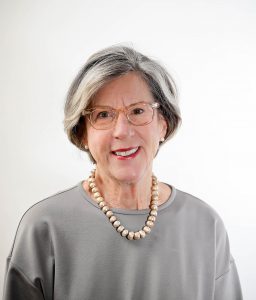 Carolyn and Graham’s niece, Beth, lives in Nashville, TN, with her husband, Doug, a faculty member at Vanderbilt’s Institute for Global Health. Doug and Beth have three grown children and two grandchildren. Beth has a B.S. Degree in Education from the University of Georgia and a B.S. in Nursing from Emory University. After moving to Nashville in 2009, she was a nurse volunteer at a local clinic for the uninsured for 10 years.  At present, she serves on the Vestry of her Episcopal church.  She and Doug enjoy hosting many visitors in their home.  Beth enjoys her family, cooking, knitting, gardening, entertaining and reading with her neighborhood book group. 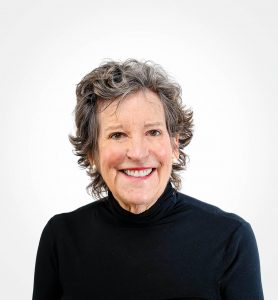 Graham and Carolyn’s niece, Susan, holds a B.S. Degree in Biology from Wake Forest University and a Physician’s Assistant’s Degree from the Bowman Gray School of Medicine. She is married to Dr. Demming Ward and they have three grown children: David, who was born in India, is the principal of Brooklyn Theatre Arts High School; Ellen, who is the Chief of Staff of Living Cities in Washington, DC; and Annie, a wife and mother of two, who supervises the ESL program in an inner-city charter school in Nashville. The Wards live in Salisbury, NC, and have chaired the Young Life committee of Rowan County for the past 16 years. Susan is a member of the Committee of Women for Justice, which addresses the increase of gun violence and the need for a better relationship between police and citizens in their community. She is intentional in reaching out to youth and people of color to enrich her life. Her first priority is to be a solid support, both spiritually and emotionally, for her husband and children. She loves to play with her grandchildren, bike, dance, travel and eat Indian food. 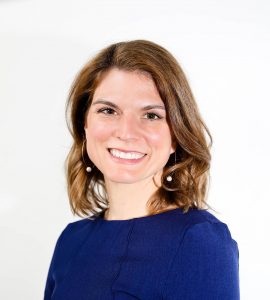 Jenny is the Executive Administrator at the Holloway Family Foundation.  She joined the Foundation in 2018, bringing her clinical perspective and passion for helping others to the philanthropic sector.  She is dedicated to continually learning about how to better serve and elevate the outstanding work of the Foundation’s nonprofit partners.  In addition to fulfilling the administrative needs of the organization, Jenny leads the research and strategy for advancing the Foundation’s priorities in equity and advocacy.

Prior to her current role, Jenny worked as a licensed physical therapist in a variety of settings including outpatient, inpatient, acute care and the Neonatal Intensive Care Unit (NICU) where she focused on neuroplasticity and sensory integration.

Jenny graduated from Vanderbilt University in 2006 with a B.S. in Child Development and Studio Art.  In 2010, she received her Doctor of Physical Therapy degree from the University of Montana. She currently lives in Asheville, North Carolina, with her husband and three children.